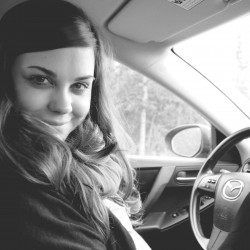 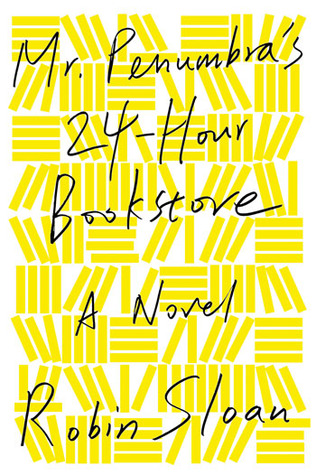 The Great Recession has shuffled Clay Jannon away from life as a San Francisco web-design drone and into the aisles of Mr. Penumbra’s 24-Hour Bookstore. But after a few days on the job, Clay discovers that the store is more curious than either its name or its gnomic owner might suggest. The customers are few, and they never seem to buy anything—instead, they “check out” large, obscure volumes from strange corners of the store. Suspicious, Clay engineers an analysis of the clientele’s behavior, seeking help from his variously talented friends. But when they bring their findings to Mr. Penumbra, they discover the bookstore’s secrets extend far beyond its walls. Rendered with irresistible brio and dazzling intelligence, Robin Sloan's Mr. Penumbra’s 24-Hour Bookstore is exactly what it sounds like: an establishment you have to enter and will never want to leave.

I might have made the mistake of listening to this on audiobook instead of actually reading it. Or maybe I didn't? I can't quite decide. At first I thought I wasn't going to like it. I mean, computerese and characters who talked way too much and really unlikable female characters, but I stuck with it and I'm happy I did. Unbelievable in some places, particularly exhilarating in others, it was an interesting novel, centered around one of the things I love the most in this world: books.

The book is full of go-getters, Mr. Miagi wannabes and quirky secret keepers. You also, even if you don't want to (which I didn't at times), learn about Google, the world of book publishing and the early world of printing. I think people uninterested in the world of books would not be able to finish this book, but I was intrigued by what they would find at the end, and of course, I loved Mr. Penumbra and his thoughtful way.

And all in my favorite city in the world: San Francisco.

There is a follow-up book, Ajax Penumbra 1969, and I have no doubt that it is his Codex Veti (which you'll have to read the book to figure out that one). I'm intrigued as to what is Mr. Penumbra's story and how many of the Unbroken Spine members will play a part in his life before Clay meets him.

Overall, it was a quirky and enjoyable book! 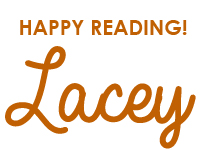